Be part of SING14

In order to register, please follow the instructions in the notification of acceptance for your submission. Of course it is also possible to participate in the conference without an accepted submission. In this case please book one of the corresponding tickets below.

The fees for the Regular- and the Student-Ticket includes: conference package, access to talks, coffee breaks, welcome reception, social programme, and gala dinner.

Further information about the journey and directions to bayreuth are available as PDF document for download:

Below you will find some suggestions of hotels in bayreuth from different categories. Non-binding reservation requests can be made during registration or independently by yourself with the reservation code "SING14".

Room contingents for our conference are reserved until January 15th. Afterwards the hotel can be contacted of course individually, maybe reservations are still possible.
email homepage

Room contingents for our conference are reserved until May 16th. Afterwards the hotel can be contacted of course individually, maybe reservations are still possible
email homepage

The preliminary social programme is given below. The detailed programme will be announced as soon as possible. 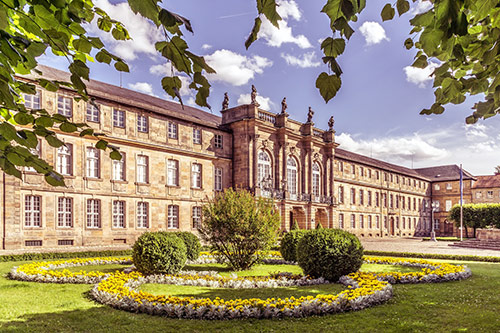 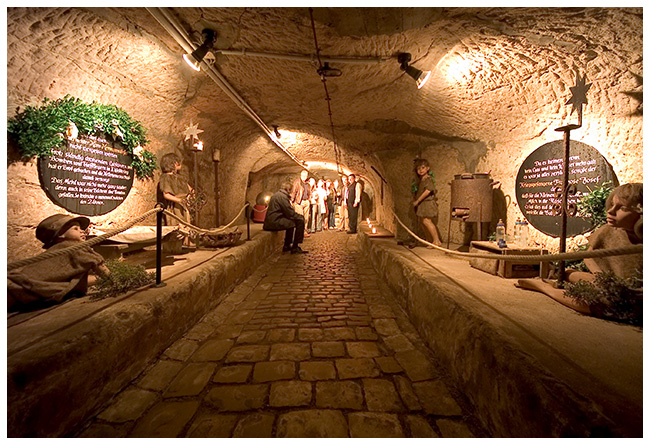 Down into the fascinating world of rock cellars. These passageways, probably driven into the sandstone between the 15th and 19th centuries, offer the charm of a seemingly endless crypt. Unbelievably exciting and also bizarre. Admire a panopticon of brewery history, cultural history of the city of Bayreuth during the Second World War with the catacombs and the military hospital, the Kuestrin prison with its only inmate, the old Fritz, the memorial sites of the beer saints and much, much more.

The corridors were initially created by the mining of ores, were later further expanded and then served mainly for storage. In times of war, however, the facilities were also used as protection and escape installations. Because of the constant cool temperatures, the cellars in the late 19th century were of course the best place to store the first-class AKTIEN beers.

Get an insight into the underground realm with its charm and the homely, mysterious atmosphere. See how the population, as a basement community, retreated into an arduous, terrible narrowness in April 1945 during the bombing of the city. Dive into the legendary underworld with the flair of timeless shuddering.

After the 60-minute tour, a glass of freshly tapped AKTIEN "Zwick'l Kellerbier" awaits you in the cozy Bräustüberl.
Price: 12€ p.P.

Important:
The tour is only possible with prior registration. Since the temperatures in the catacombs are around 10 ° C all year round, it is recommended to look for suitable clothing even in summer!

Gala Dinner at the restaurant in the Hermitage (with Guided Tour)

The Hermitage, a historic park just outside the city, was a refuge for courtly life and houses, among other things, the 1715 built Old Castle with Inner Grotto, picturesque water features and a gorgeous orangery with the central sun temple.

The restaurant in the Hermitage

The castle restaurant in the Hermitage Bayreuth has a far-reaching history. The building, in which the popular Bayreuth restaurant is located, belongs to the entire complex, which was built in 1715, and which Margrave Friedrich gave to his wife Wilhelmine. Today, the restaurant invites you to enjoy three completely differently designed rooms, to enjoy a unique combination of ambience and delicacies.